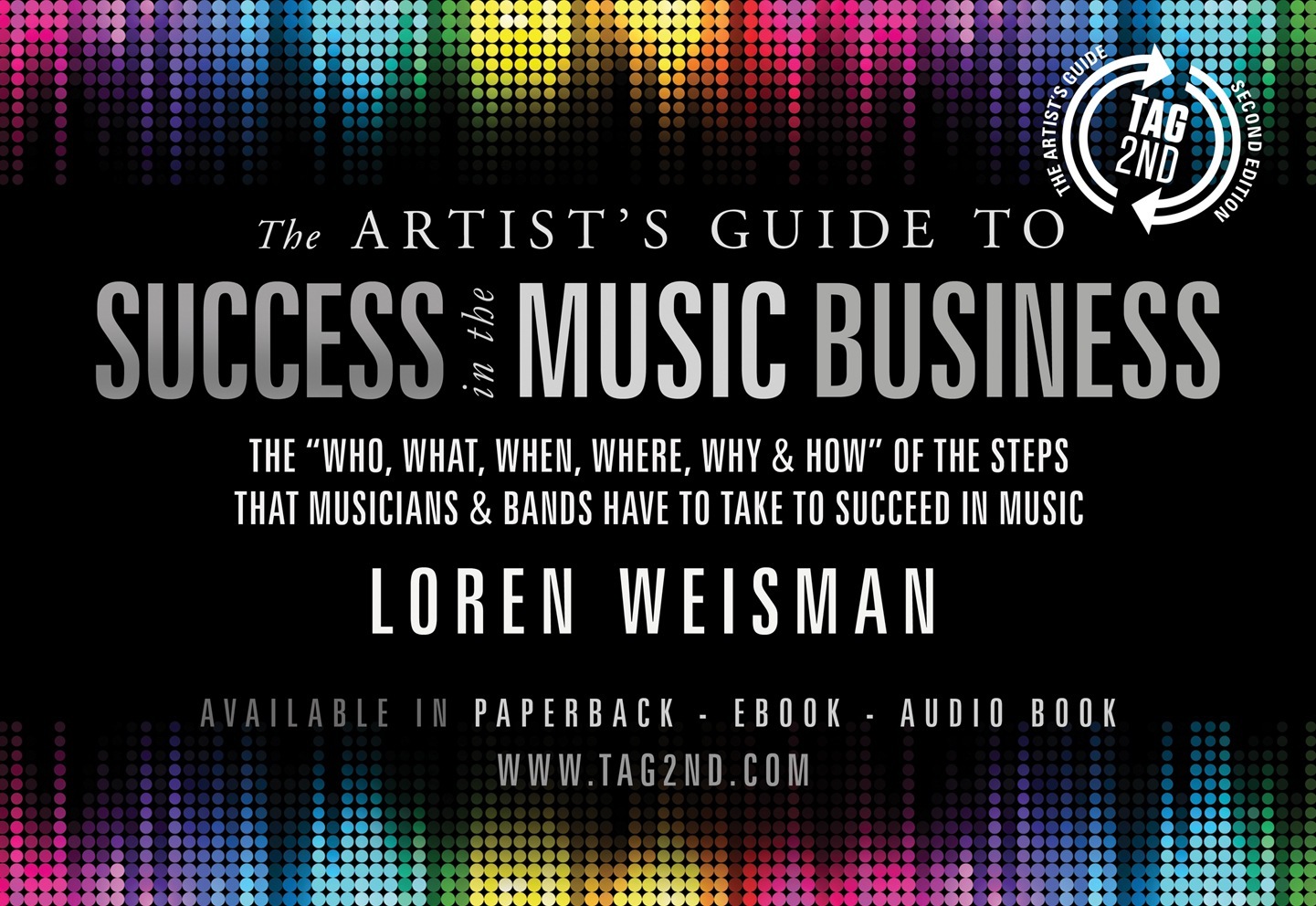 The Artists Guide to Success in the Music Business: The ‘Who, What, When, Where, Why & How of the Steps That Musicians & Bands Have to Take to Succeed in Music.

The Artist’s Guide to Success in the Music Business, 2nd Edition, (TAG2nd) is a detailed analysis of the subjects that all musicians should understand and apply in order to pursue a successful and sustainable career in music today.

Full of practical advice, this music industry guide provides comprehensive details on how to achieve self-empowerment and optimize your success in today’s music business. From production and performance tips to marketing and career-building advice, this music business book instructs and empowers artists on how to take the hard-earned lessons of a fellow musician and put them to work in their own careers.

Loren’s path was not always a sure thing.  Destined to find his own way, declaring he would become a drummer was not his parent’s profession of choice.  With over 700 album credits across major and indie labels, Loren’s steadfastness and dedication proved his ability to play and perform.  Yet Loren was convinced there was more.  It was this avenue of music that opened many additional doors in the music and television producing industries as Loren’s eye was able to see and then translate opportunities into money saving processes in a dog-eat-dog world of record labels as well as for television production studios.  As a music producer and TV producer, Loren is accomplished with numerous TV production credits for ABC, NBC, FOX, CBS, TLC and more.

Loren is credited for 3 internationally published and distributed books, including Wiley and Sons, Music Business for Dummies, Loren’s passion led him to purposely write his books to support and protect artists from being taken advantaged of.

Loren’s transparency of his own painful journey as a young, talented drummer many years earlier was now teaching those with big artist dreams to ask the right questions and protect themselves in proper fashions.   Loren’s ability to tell the story through transparent engagement is what has continually been developed throughout his life even when he did not realize it.

Loren believes that messaging and its optics are true foundational elements for building properly.  Loren also delves into the concepts and differences between messaging and marketing for FSG. Today, Loren has taken those messaging and optics skills and honed them further through the lens of Stewarding at Fish Stewarding Group.

The FSG Messaging and Optics Discovery process is foundational in development and strategy in all of FSG’s global projects across arts, entertainment, medical, finance, education and world wide business development.